CHASE MATHESON - February 15, 2022
RUTHERFORD COUNTY, TN - The Parent who was arrested in November 2021 after picking his son up from school has had the charges against him dismissed. Mr. Williams has claimed the arrest is retaliation for a formal complaint he filed on a principal after his son was, as he says, "quarantined under false premises for 'covid symptoms'."
Josh Crain, Attorney for Adam Williams, filed a motion to dismiss which was granted on February 4, 2022. The Assistant District Attorney Sheila Freeze questioned Mr. Williams briefly, and seemed to insinuate that witnesses claim Mr. Williams made statements saying he knew about the trespass letter prior to arriving at Blackman Elementary on November 3, 2021. Mr. Williams says he has the video recording which "proves these witness statements false". Newly released emails obtained via Open Records Request seem to support Mr. Williams claims. Those Emails are located at the bottom of this article.

It is possible that the Grand Jury could indict Mr. Williams for disorderly conduct or for trespassing for disobeying a newly printed and hard-to-see "visitors must wear masks" sign, but with known exemptions the prosecution would likely need to prove the school offered some form of reasonable accommodation, and justify the other unmasked individuals who entered the building around the same time. They would also have to explain why in emails obtained via open records request the now-retired Safety Director for Rutherford County Schools David Crim wrote "This charge has no relevance to masks or no masks."
Amongst those emails obtained via Open Records Request there is also an email dating from May of 2021 when Mr. Williams and a few other moms and dads were kicked out of the School Administration building for not wearing masks and threatened with arrest. The emails are from William Richie of Rutherford County School System to Safety Director Crim. Mr. Richie encourages Crim to "block his phone" and "watch them flip out". The email Exchange continues with Director Crim responding back "Yes...next time that will happen."  You can read those emails below.

As of right now, Mr. Williams can begin rebuilding his life with his family, as he says the stress and publicity of the arrest and the apparent FBI investigation into him has left him in search of new employment. It is unknown at this time if Mr. Williams plans to pursue civil litigation following the incident, as the evidence shows the school was notified that the Certified Letter was not delivered to the correct address at least 1 day prior to them swearing out a warrant based on his receipt of said letter. 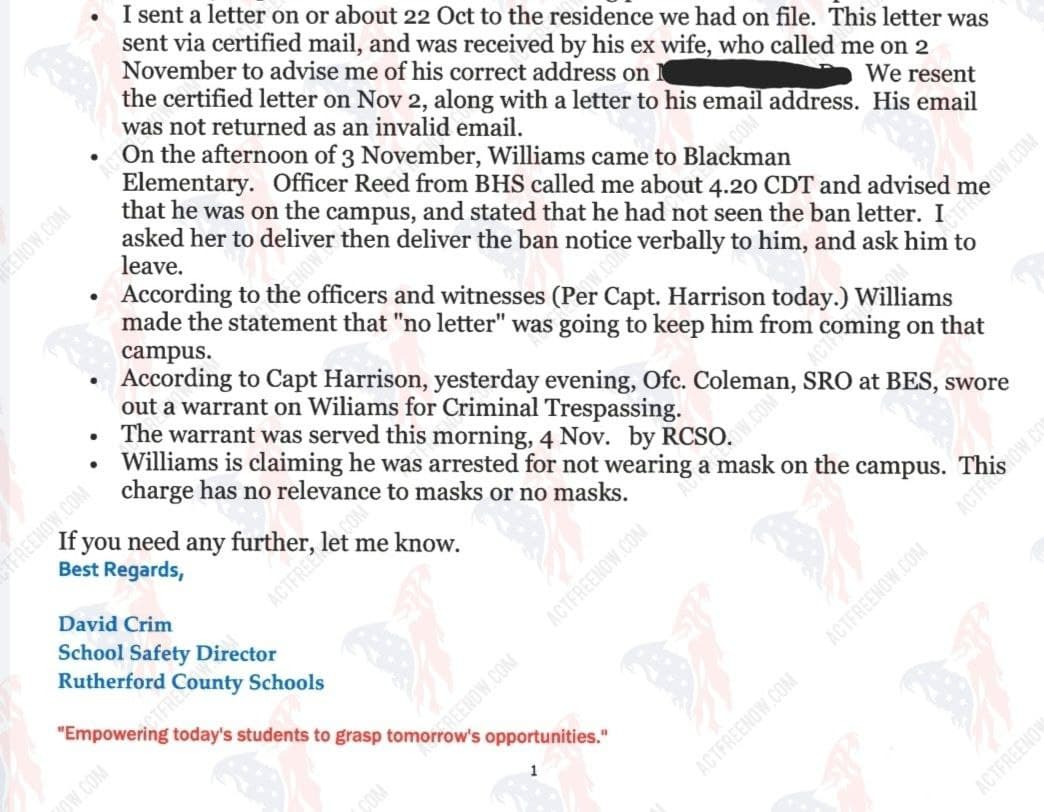 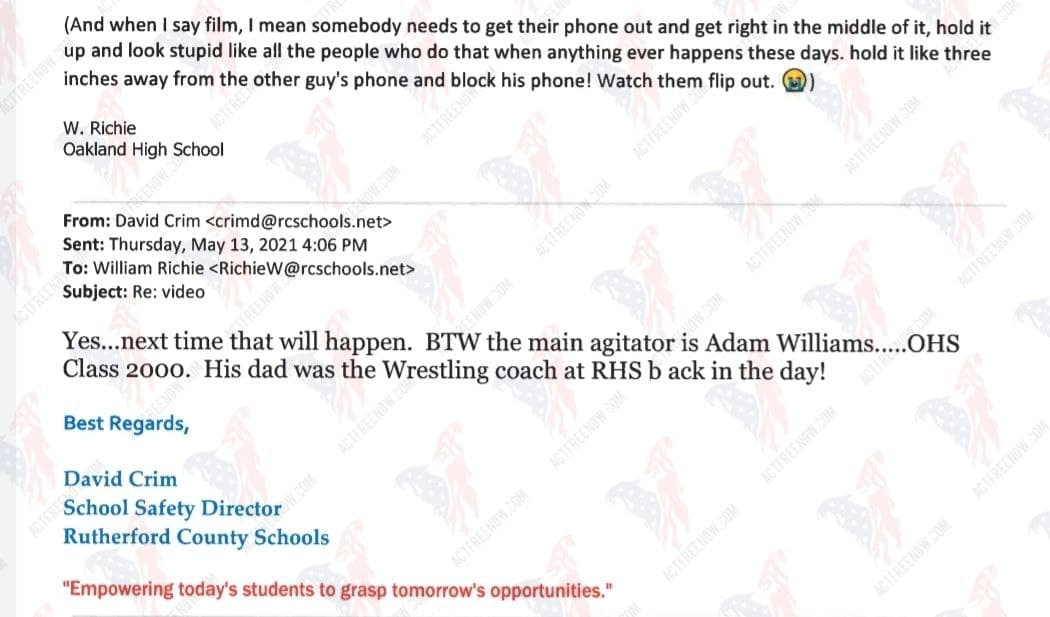